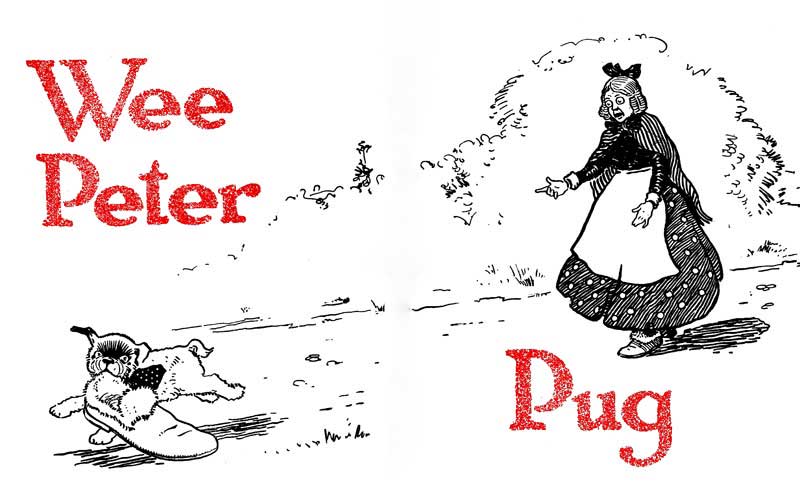 The Story Of A Bit Of Mischief AndWhat Came Of It 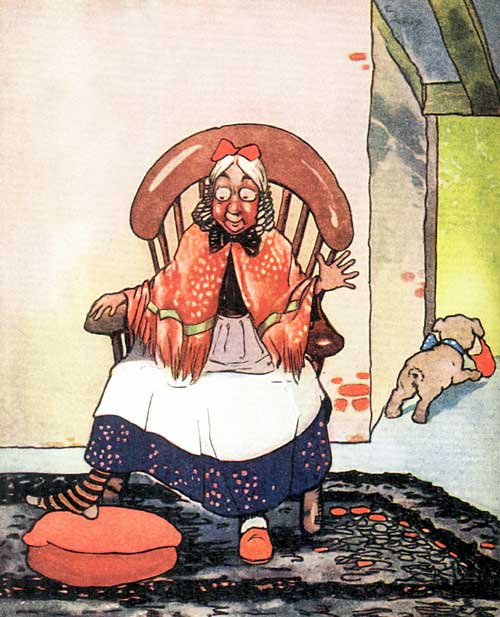 ​
​​My Dame has lost her shoe and knows not where to find it. 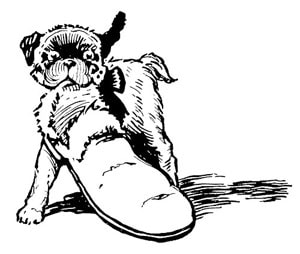 Now if you had seen the eager smile on the face of Wee Peter Pug you might have suspected that he had something to do with the loss of Dame’s shoe—and you would have been right. What pup could have resisted such a nice red fluffy shoe? 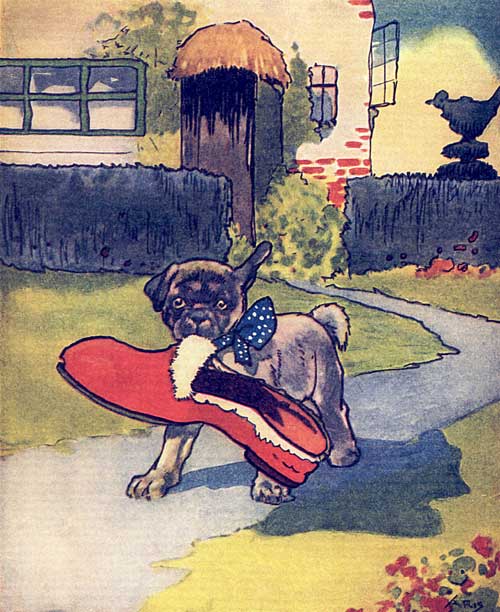 So he marched with it triumphantly into the garden with it and hid it behind the lawn roller! 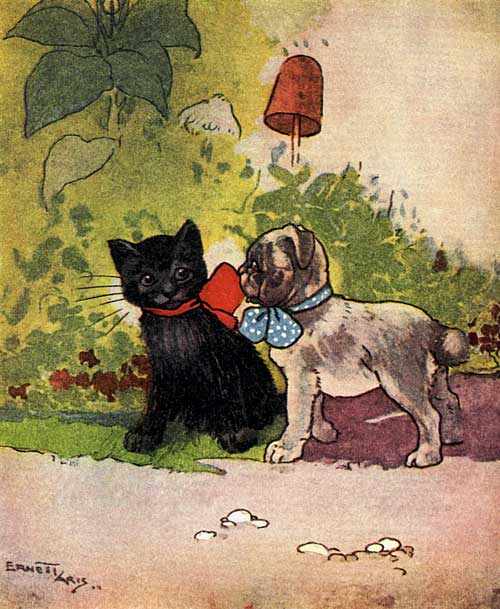 Feeling very proud, Wee Peter trotted off to tell his chum, Nigger, the black kitten, all about his little joke. “What do you think I’ve done?” he cried.
“I’ve hidden the Dame’s shoe!”
“Surely not!” cried Nigger. “How funny!”
And she shook with laughter. 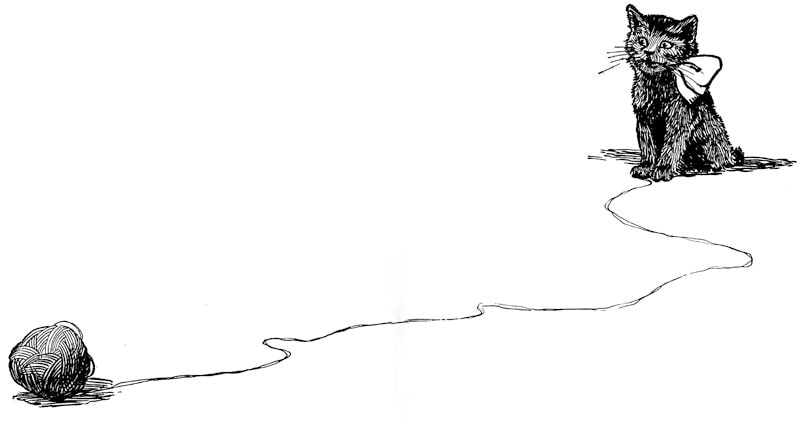 At the other end of the garden was Mrs. Hen with her chicks.
“Let’s come and tell her,” suggested Nigger, and off they went. 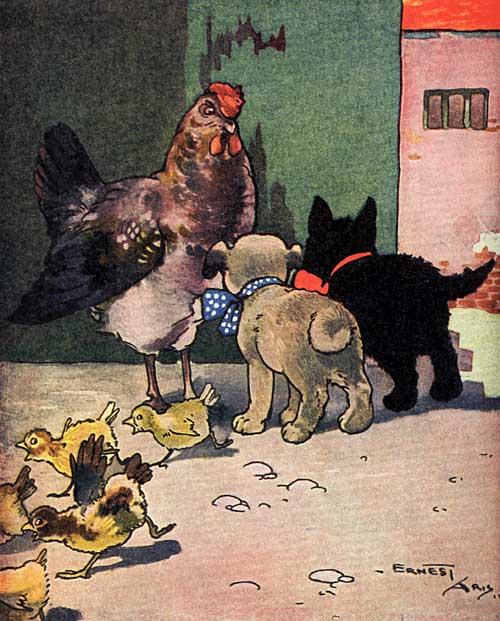 “Such a lark!” cried Wee Peter. “I’ve hidden the Dame’s shoe!”
Mrs. Hen’s angry cackle-cackle turned into a very merry one.
“What fun!” she cried, and
“What fun!” squeaked the little chicks.

All three ran eagerly down the pathway until they came across Sir Cockerel perched in a dignified attitude on the fence. 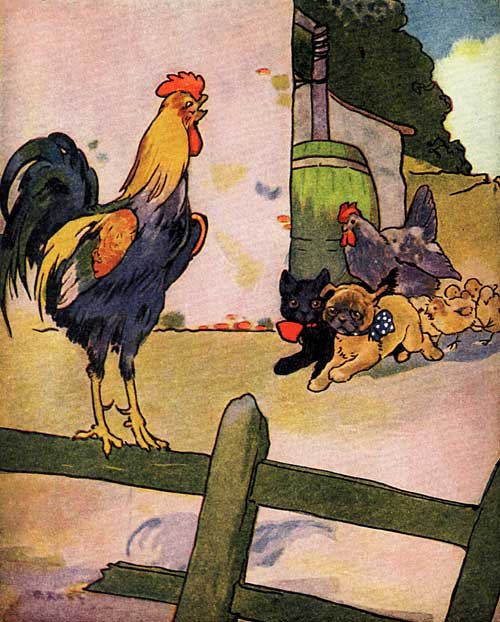 “What do you think?” asked Mrs. Hen, who, being the eldest, thought she was entitled to speak first; but before she could open her mouth Wee Peter Pug cried, “I’ve hidden the Dame’s shoe!”
“What a splendid joke!” exclaimed Sir Cockerel.
“Does Mrs. Duck know?” asked Sir Cockerel.
“No, let’s see if we can find her,” said Wee Peter.

“What’s all the excitement about?” demanded Mrs. Duck when she saw them coming to the lakeside. 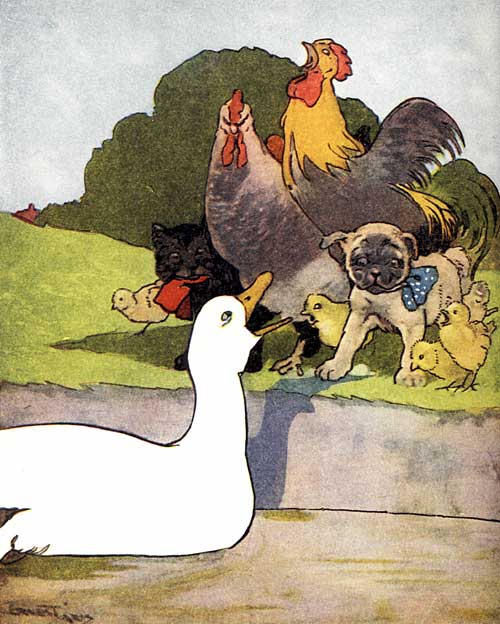 Mrs. Duck waddled ashore. “We must tell somebody else,” said she.

At that moment Billy Rabbit poked his inquisitive nose through the hedge.
“You seem very much amused,” said he. 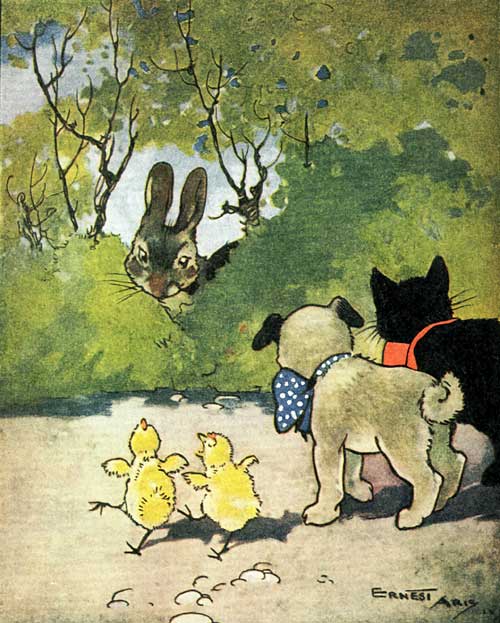 “So will you be when you know. I’ve hidden the Dame’s shoe!” Billy’s laugh spread from ear to ear.
“That’s fine fun!” he cried,
and off he ran to tell the woodfolk. 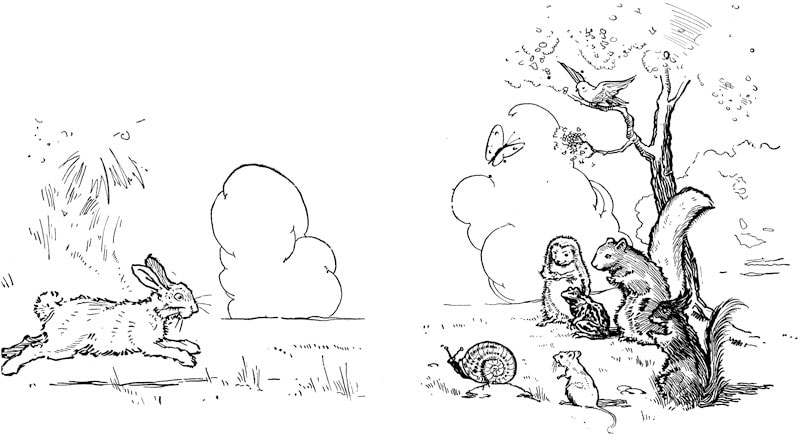 So many of them had collected by now that there was quite a procession.
“Let’s go back and see my Dame look for her shoe,” suggested Wee Peter Pug.
He led the way and they all followed him. They were all speaking at once and made such a commotion that all the wee creatures in the garden wondered what had happened. 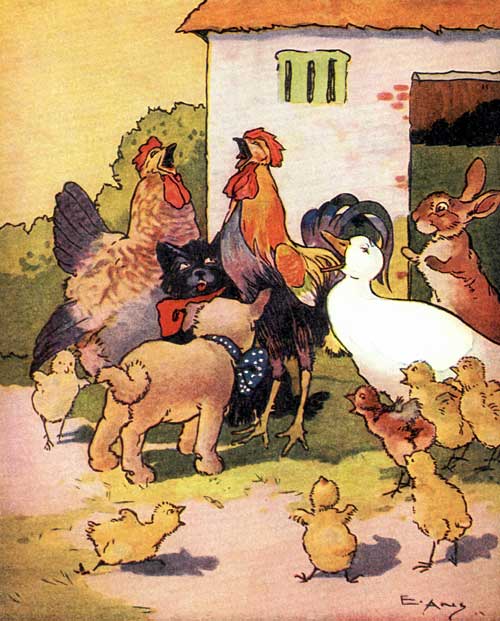 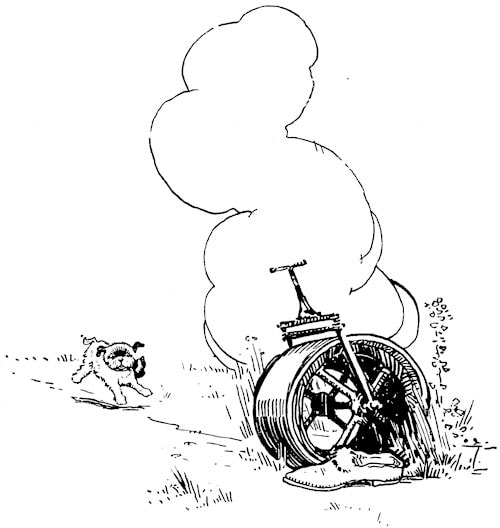 Suggestions came from all of them, and the noise was so great that my Dame hurried out into the garden to see what was the matter. 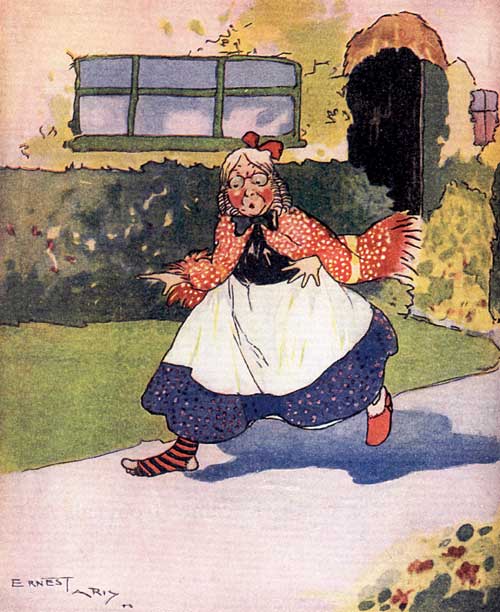 It is a sad ending to the story of Wee Peter Pug. But just as the Dame came out into the garden Wee Peter had picked up her shoe and was thinking of another hiding place, when she caught sight of him. 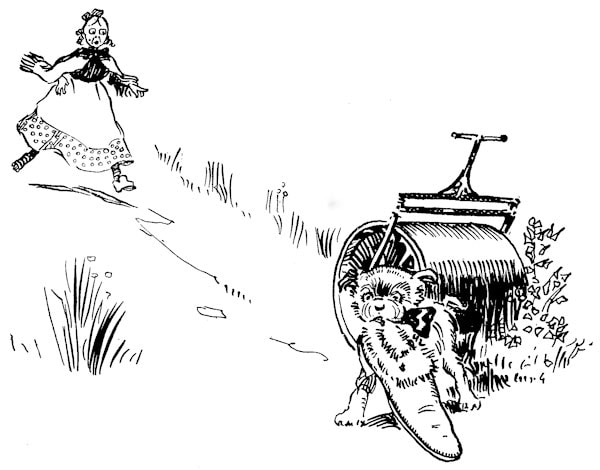 “Oh! You naughty Peter!” she cried. And she spanked him with the shoe which had caused all the fun. Everybody laughed delightedly, except Peter. 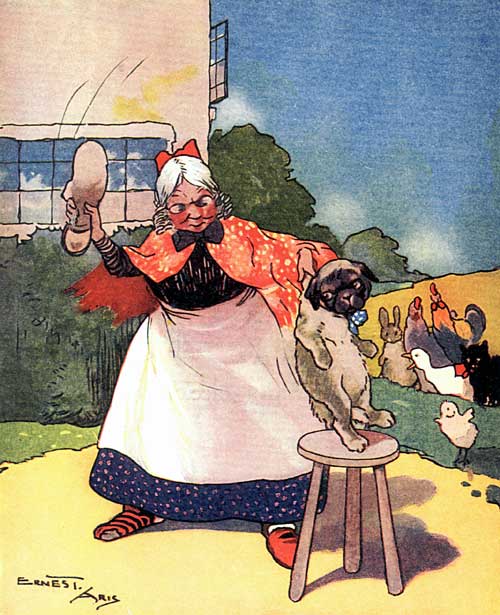 So you see instead of Wee Peter Pug hiding the shoe, it was the shoe that gave poor Peter Pug a hiding! Perhaps he deserved it. What do you think? 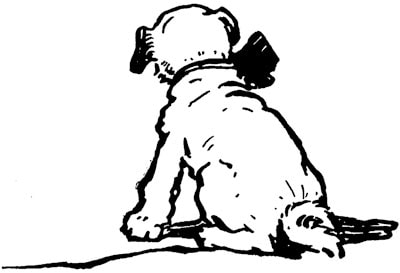